Martin Kemp This and That

This is the Salvator Mundi. Definitely by Leonardo, for a whole host of reasons (as the Sunday Times Magazine will reveal, and in due course a book to be published by Yale). It appears in Christ to Coke and before that in the revised edition of Leonardo for OUP (what I call my little Leonardo book). The Sunday Times will have the fullest account of my research and high res images of a kind not published before. 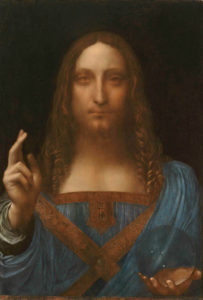